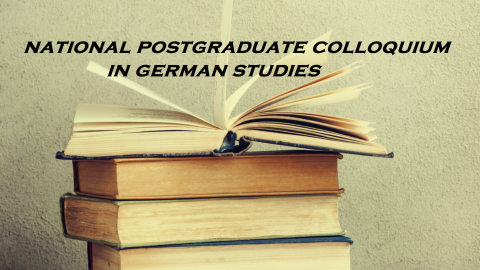 The National Postgraduate Colloquium in German Studies first met in February 1987 at what was then the Institute of Germanic Studies. It met, first on an annual basis and, from 1988 onwards, twice a year, with one meeting held at the Institute of Languages, Cultures and Societies (ILCS) in London, and the second at another university in the UK. So far it has been the guest of the Universities of Aston in Birmingham, Bath, Birmingham, Bristol, Cambridge, East Anglia, Leeds, Leicester, Manchester, Newcastle upon Tyne, Oxford, St Andrews, Sheffield, Southampton, Swansea, and Warwick.

The Colloquium provides a friendly and informal forum for graduate students in all areas of German Studies to present and discuss their current research, and to make contact with students from other universities. It is a measure of its success that the Colloquium now regularly attracts students from universities in mainland Europe and North America.

For general enquiries or to attend a meeting please contact Jane Lewin at the IMLR.

71st meeting at the University of Birmingham
Friday, 25 November 2022

72nd meeting at the University of London Senate House
Friday, 28 and Saturday, 29 April 2023