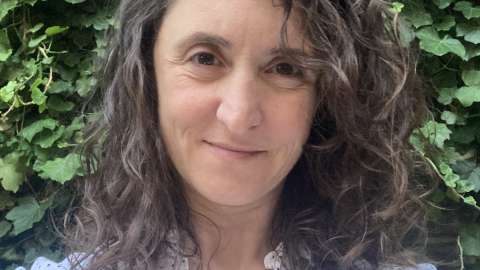 Michaela Fernanda Moreira is a researcher at the Participation and Democracy Group based in the National University of Avellaneda (Argentina) and a doctoral student at the Institute of Economic and Social Development (Argentina). She is also a recurrent lecturer at the postgraduate department of Quilmes National University since 2019, and has led courses in other universities of her home country. Her research areas are social movements, critical contexts, gender, public policies, political participation and development in Latin America. She received her Masters degree in Development Management and Public Policy from Georgetown University and the National University of General San Martín with a dissertation entitled 'Democracy and Social organisations. Case Study on the Impact of Grassroot Organisations on Democratic Institutions'; has published articles addressing the role of social movements and critical contexts in the redefinition of political dynamics in Argentina, and has co-written on the scope and limits of participation policies. During her stay at the Institute she will be working on a project regarding the changes of the feminist and unemployed movements during Argentina's 2001 political crisis.