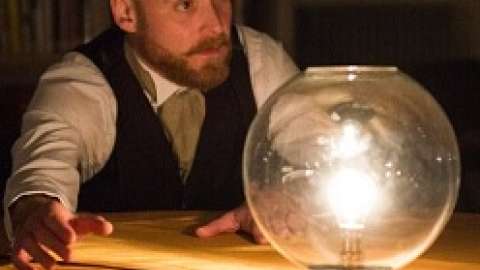 We are now offering an online version of our Playing with Prose workshop, open to university students - join us for a series of virtual sessions held over four days, where students will explore ways of adapting novels for the stage and have the opportunity to write their own short plays and have them performed by actors.

Led by actor Jack Tarlton (Outlander, 8 Days: To the Moon and Back, The Imitation Game)

Adapting novels for the stage

Reading a novel and watching an adaptation of that novel in the theatre are two very distinct experiences. The first is private, the reader using their own imagination fuelled by the writer's words; the second is communal and collaborative. But both are imaginative acts that move us and make us think in a variety of ways.

Jack's workshops draw on his experience of creating and performing in a variety of plays based on novels at leading theatres including the National Theatre, the Lyric Hammersmith and Sheffield's Crucible Theatre, as well as the highly successful workshops he has led at the University of Oxford, East 15 Acting School, Ludwig Maximilian University of Munich and the University of Buenos Aires.

In this online version of our sold-out Playing With Prose workshop, Jack will lead a series of virtual workshops (accessed via Zoom) on Tuesday 12, Wednesday 13 and Friday 15 May, culminating in a read-through of new work created during the workshops on Tuesday 19 May.

"A playfully cerebral exploration of storytelling. Jack Tarlton guides the group with an infectious energy; all voices are heard and all ideas are both welcomed and encouraged. It’s an incredibly fun collaborative experience which I would highly recommend; useful for writers, directors and actors alike."

"Jack Tarlton is really good at drawing the students into the material and has an interdisciplinary approach that keeps your imagination and creative juices working at all times."

"The workshop was a great introduction to adapting prose to the stage. Jack helped to really bring the texts alive and drew on his experience to give us unique insights into the adaptation process."

The workshops will draw on Jack's unique perspective of having collaborated on and played lead roles in the original productions of Coram Boy, City of Glass and The Death of Ivan Ilyich.

Coram Boy
by Jamilia Gavin, adapted by Helen Edmunsen & directed by Melly Still
for the National Theatre, Broadway & Bristol Old Vic
Coram Boy is a book for young people, set in 18th-century England. First published in 2000, it deals with child slavery, poverty, class divide, faith, love, families and the formation of the Coram orphanage.
The Curious Incident of the Dog in the Night-Time
by Mark Haddon, adapted by Simon Stephens & directed by Marianne Elliot
for the National Theatre, West End, Broadway, UK & US tours & international productions
Published in 2005, The Curious Incident of the Dog in the Night-Time tells of Christopher Boone, a 15 year old boy on the autism spectrum who finds his neighbour’s dog killed by a garden fork and decides to discover the murderer.
City of Glass
by Paul Auster, adapted by Duncan McMillan & directed by Leo Warner
for 59 Productions, HOME Manchester & the Lyric Hammersmith
City of Glass is the first novella in Paul Auster’s New York Trilogy, and was believed unstageable and unfilmable for many years. A metaphysical neo-noir detective story, it follows Daniel Quinn, a writer of mystery novels who is languishing and isolated after the death of his wife and child.
The Death of Ivan Ilych
by Leo Tolstoy, adapted by Stephen Sharkey & directed by Jonathan Humphreys
for Attic Theatre Company
First appearing in 1886, The Death of Ivan Ilyich is Leo Tolstoy’s bracing account of one man’s life, illness and death, terrifying in its description of physical decay and mental and spiritual turmoil. Stephen Sharkey adapted the linear nature of the story so that Ivan could tell his own story from the point after his death.

The workshops are suitable for university students from any discipline with an interest in creative writing, performance, presentation and language skills, and for those keen to explore ways of transforming ideas from one medium into another. It will be very helpful if students are able to read the four short texts before the workshops.

Playing with Prose is free to attend but places are limited to 20 participants, so booking is essential.