Cherubino. A Bilingual Reading with Andrea Grill and Tess Lewis 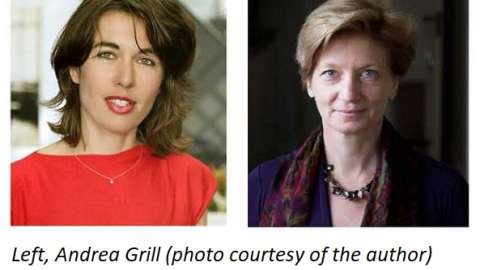 Andrea Grill’s most recent novel Cherubino, nominated for the 2019 German Book Prize, charts the pregnancy, relationships and career trajectory of the 39-year-old mezzo soprano Iris Schiffer. Whilst pregnant, she makes her debut as Cherubino in Mozart’s Le nozze di Figaro and later rehearses the main part in Nicholas Maw’s opera Sophie’s Choice. The experience of pregnancy and the dialogue with the unborn child is intertwined with her exploration of her operatic roles and the problems of combining work and parenthood. [Extracts from both the German original and English translation will be available.]

Andrea Grill was born in Bad Ischl in 1975, and is a biologist, poet, novelist and translator from Albanian, Italian and Dutch. She also studied evolutionary biology and incorporated her research into texts such as Schmetterlinge. Ein Portrait and her 2015 novel Das Paradies des Doktor Caspari.  Grill’s most recent award is the 2021 Anton Wildgans Prize. She lives in Vienna.

Tess Lewis is a widely acclaimed translator from German and French, including works by Austrian authors Peter Handke, Alois Hotschnig, Julya Rabinowich, and Doron Rabinovici. Her awards include the 2017 PEN Translation Award for her translation of Maja Haderlap’s novel Angel of Oblivion and a Guggenheim Fellowship. Her essays and reviews have appeared in a number of publications including Granta, Bookforum, and The Los Angeles Review of Books. She is Advisory Editor for The Hudson Review and co-curator of the Festival Neue Literatur, New York City’s annual festival of German-language literature in English. In 2022, she holds a Berlin Prize Fellowship at the American Academy in Berlin.

This reading will be held live at the Austrian Cultural Forum, 28 Rutland Gate, London SW7 1PQ. Attendance is free, however advance online booking is required. Booking opens on 1 February 2022. 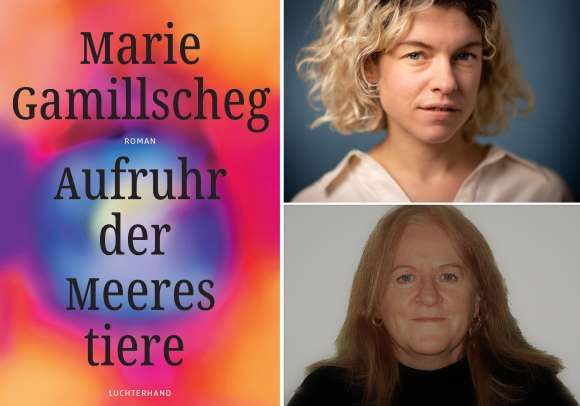